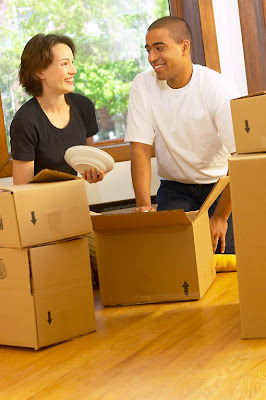 Here's a story from the motley fool that explains all the agony and anguish of a house move and how wonderful the new HIPs will be. Apparently, buying a home is extremely stressful. Furthermore, it is costing the UK economy millions of quid.

Well, it's just as well that house prices are rising. All that additional stress is compensated by the knowledge that your new home is a moneymaking machine. Once you have moved in, just sit back, relax, and just feel all that wealth accumulate around you.

Thankfully, we now have a home information packs to relieve some of that stress. For around 600 quid, sellers must tell buyers all the wonderful things encapsulated in the prospective home wealth producing machine. However,the government must take it cut from the stress reducing HIP initiative. It is going to charge VAT on every HIP pack.

The negative impact of the stress caused by home-moving on the UK economy runs into millions of pounds, it has been alleged. According to a recent study by estate agents Your Move, 40 per cent of Britons say the stress of moving impinged on their productivity at work.

Extrapolating further, Mike Ockenden, director general of the Association of Home Information Pack Providers (AHIPP), has suggested that if the stress affecting this group resulted in the efficiency of each member being reduced by ten per cent, the cost to the British economy would be £500 million.

"The high levels of transaction failure and the extended period of uncertainty between offer and exchange of contracts in the current home buying and selling process is one of the most stressful times that consumers will endure in their lifetime," Mr Ockenden confirmed.

"Several studies have shown that the stress of moving home ranks only behind ill health, relationship breakdown and bereavement yet, incredibly we have simply learnt to accept this in the UK - unlike in most European and Western countries, where this is far from the norm."

Mr Ockenden expects that the introduction of home information packs (Hips) will alleviate some of the stress of moving by reducing the amount of time it takes to exchange contract - thereby saving the British economy money.