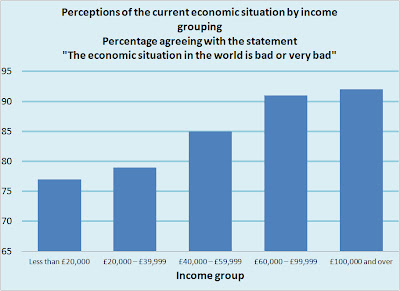 According to an ONS survey, over 90 percent of households earning more than £100,000 a year think the global economy is in bad shape. The poor - those earning less than £20,000 year - don't seem quite so concerned. Just over 75 percent think the world economy has gone to the dogs.

Which is better; to be rich and fearful or poor and complacent?

Poor and complacent is best.