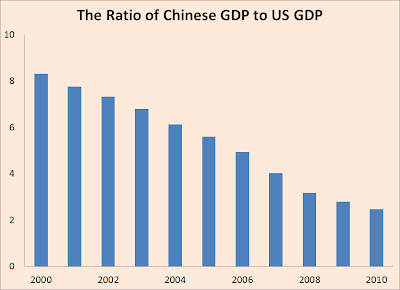 We have reached the "end of the road". Human development has finally "matched the planet's ability to sustain growth". Unless "we reduce ecological stress upon the planet" we are toast. That is the claim of a new book called "Factor Five; transforming the global economy through an 80 percent improvement in resource productivity."

The "factor five" doesn't refer to sunblock. It refers to five environmental strategies needed to save the planet from the human plague. Environmental doom mongering doesn't sell, unless it offers a glimmer of hope. The authors of this grisly tome provide a long list of inconvenient behavioural changes if there is to be any future for humanity. It's the usual tired ideas packaged under the catch-all slogan of sustainable consumption; recycling garbage, turning off light bulbs, and taking shorter showers. We need to be energy efficient. We have to replace fossil fuels with biofuels, and generally live a more sustainable lifestyle.

Stripped of its hopey-changey rhetoric, this book advocates the downsizing of Western economies. In that sense, is very timely. That is exactly what is happening right now in Europe and North America. It follows therefore, that these have been four great years for the environment. Western economies have stagnated. Greenhouse gases have not increased. Presumably, our lifestyles have become just a little more sustainable.


It wasn't so long ago that President Bush decided that he wouldn't sign Kyoto protocols. He argued at the time that this agreement was bad for the US economy. His rejection unleashed a torrent of abuse from environmentalists and others who hated America.

Bush, to his credit, understood that there was little point signing up to an agreement that saddled the US with the burden of restricting greenhouse gases, while other countries could continue to pollute with little effective restraint.

Ironically, throughout the Bush era, US greenhouse gas emissions remained broadly flat. For those who want evidence for that claim, the data is freely available on the OECD website. The OECD data will also show the Chinese emissions exploded. But somehow, China gets a free pass on environmental issues from the left in Europe.

Regrettably, the Chinese aren't buying these kinds of books. Chinese communists are not interested in tacky environmental concepts like "factor five". The Chinese economy is growing at a phenomenal rate, consuming ever increasing amounts of energy, and emitting greenhouse gases. Environmentalism? That is a luxury for declining Western economies.

The Chinese economy continues to grow at around 10 percent a year. It is catching up with the US at a frightening rate. At the turn of the millennium, US nominal GDP, was roughly 8 times larger than Chinese GDP. Back then, the UK economy was around 20 percent larger than the Chinese economy. By 2010, the Chinese had cut that ratio with the US down to two. It is now over twice the size of the UK economy.  This transformation happened in ten short years.

Assuming that the Chinese can continue to grow at the rate is enjoyed over the last 10 years, while the US and UK economies continue to stagnate, then the Chinese economy will be the largest in the world within the next decade. The left will have what they always wanted; a world where US no longer dominates.

Of course, China has its problems, which may put a brake on double-digit growth. From 2012 onwards, Chinese labourforce will stabilise and then begin to contract as the population begins to age. China may grow old before it catches up with current Western living standards. But it is not all bad news from an environmental perspective. Western living standards are beginning to look as if they may converge with current Chinese levels.

Environmentalists hate growth. However, the growth they hate the most is the one that occurs in their own communities. They seem strangely unmoved and silent about the polluting behemoth that is now unleashed in the East.

At last, the environmental movement are getting what they wanted; western societies without growth. Moreover, it was achieved without stepping out of the shower a second earlier than we wanted. The instruments of change were the massive accumulation of debt and the creation of an incentive-crushing welfare systems.

American/European carbon emissions are still there - they've just been moved out East.

My friend's wife is American. He says the wastefulness is doing his head in as much as his bank account.

PS, Only we in the west consider the living standards of the peasants as a factor in the Chinese economy. Their own authorities and industrialists don't seem to care much about it.

One of the truly perverse things about moving production to China is that over 70% of their primary energy supply comes from coal (and that isn't decreasing, either). The rate of growth of CO2 emissions will see them double in less than a decade, when their per capita energy consumption will exceed that of the EU on present trends.

True greens should prefer that we burn gas here rather than have the Chinese burn more coal there to produce the same things.

If you want a good Chinese GHG scandal, look at their production of PFCs - gases many thousands of times more potent than CO2 - that are associated with most of their aluminium production. Compare Anglesey Aluminium, which used nuclear power, with Chinese coal fired power smelting their aluminium and let's guess which is greener.

I disagree, it's not 'human development' is is human population that is the problem.

We have a large increasing population and a large but diminishing resource in particular the carbon fuels that civilization has been founded on over the last two hundred and fifty years.

Oh and Malthus will be just as wrong this time around.