The scandal of dental care in Wales 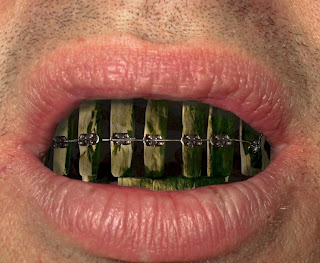 The NHS has just published its annual dental survey. The rest of the media might have missed it, but I read the report avidly. So, what is the state of the Nation's teeth?
However, the really shocking news concerned Wales. In England 6 per cent of adults were without teeth, whereas in Wales the figure was one in ten. Seven per cent of adults in Northern Ireland were without teeth.  Scotland wasn't covered by the survey, but one can only imagine the state of their molars and incisors.

I say damn the deficit.  More resources are needed in Wales to improve dental hygiene standards. So lets get some Dentists over there as soon as possible.

I am also quite worried about "Extreme Dental Anxiety". It is a malady that has not yet received an acronym, so I am going to invent one - EDA.  So are you an EDA sufferer?  I sense that the Welsh are particularly prone to EDA, hence the lack of teeth.