Where Greece goes today, the rest of Europe will follow. 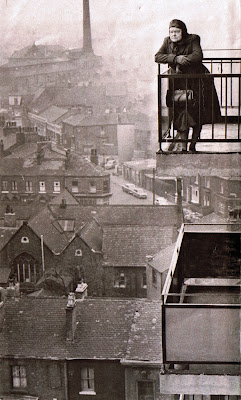 Mark Steyn of the National review has a favourite statistic that he often quotes about Greece. In the birthplace of democracy, every 100 grandparents have, on average, 42 grandchildren. He calls this "an upside-down family tree".

As Greece receives another bailout, Europe is overflowing with theories explaining the crisis. The catastrophic implosion of the Greek economy is rooted in a dysfunctional political system, widespread corruption, and a bloated public sector. A weak work ethic, early retirement, and tax evasion are all included in the list of failings. Europeans are also anxious to point out that these afflictions are not found elsewhere in the continent. Greece is an outlier, and an exception.

There is a second statistic that neatly complements Steyn's upside-down family tree. Before the crisis, Greek pension expenditures accounted for about 20 percent of GDP. True, the system was extraordinarily generous, allowing public sector workers to retire unreasonably early.

Whatever the reason for the extraordinary number, in retrospect it is clear that it was unsustainable. To meet this pension payment, the Greek government had to borrow heavily for years, pushing their debt to GDP ratio well above 120 percent of GDP. Looking into the dim future, it is inconceivable that this pension system could have coped with the rapidly inverting Greek population pyramid.

Imagine for a moment what it will take for an economy to maintain a generous pension system where there are approximately 1.5 workers for every retiree. It might be possible if workers were incredibly productive and willing to transfer a huge proportion of their income to the government to fund pensions. However, that would require oppressive tax rates on income. To see why this is true, write down a few rough numbers and work out the tax rate one needed maintain a pension to average pension to income ratio of say 50 percent.

Adding healthcare costs, unemployment benefits, and disability payments, and it becomes obvious that a generous welfare system cannot be sustained with the rapidly inverting population pyramid. For Europe, this is extremely painful arithmetic. There is nothing unique about Greek demographics. Germany, Italy, and Spain all have broadly similar numbers.

Politicians, when pushed, invariably offer up two vaguely constructed solutions to the growing demographic crisis. First, Europe needs to increase the retirement age. There are two problems with that idea. To limit expenditures, the increase has to be the order of 10 to 12 years, rather than the 2 to 3 years currently under consideration. Again, this is simple arithmetic. There is a deeper, more profound problem. Labour productivity declines with age, and older workers will struggle to find employment. Increasing retirement age might reduce pension payments, but it is also likely to increase unemployment benefit expenditures.

The second solution is migration. It is not often acknowledged but inward migrant flows have staved off the pension crisis for at least a decade. During the initial stages of the crisis, only comparatively small inflows were needed to maintain the worker to retiree ratio. Going forward, the required numbers will increase dramatically. Imagine for a moment, that an anonymous European country wanted to increase their worker to retiree ratio from 1.5 to 3. It would require half the workforce to be migrants.

If Europe would open its doors to unrestricted migration, would the flows materialize? This may seem like a strange question today, especially when one considers global poverty levels. If there is one thing that Europeans have difficulty understanding, it is global economic developments. For example, Latin America is booming and catching up surprisingly quickly with European income levels. The same is true for Asia. Even in Africa, many economies are growing extremely quickly. Migrant workers might take a look at Europe and say "nah, I think I will stay where I am".

The prospects for Europe are extremely bleak. It is a continent in terminal decline. Its moment has passed. In 20 years from now Europe will be one huge retirement home because demographics are all about simple arithmetic. If a society fails to produce a sizeable cohort of children today, it will lack adults in the future.

It is therefore perhaps understandable that European politicians would rather produce a long list of marginal concerns to explain the Greek crisis. To analyze the true causes is to shine a light on the weaknesses of the whole continent. Where Greece goes today, the rest of the continent will follow.

Alice - nice, thought-provoking piece. To echo Dearieme, where's the UK in this particular scheme of things? A bit better off perhaps?

There is a major flaw in the idea that immigration is a cure for the ageing population problem: immigrants are human beings – they grow old and claim pensions themselves. Thus yet more immigrants are required, etc, etc. The exponential growth in the population that results if immigration is used to any significant extent to deal with ageing makes a nonsense of the whole idea.

One study claims the result would be the population multiplying 20 to 30 fold in a century.

The U.N. also published a paper on this topic and came out with a less dramatic population growth then the above. But the idea is still a nonsense.

And what do the Chinese do about THEIR ageing population: take immigrants from Europe? I think not.

Found this from a couple of years ago, which kind-of agrees with Ralph:

And what about the lib-dems raising the state pension so meaningfully recently and hoping to carry on doing the same? Where does that leave things going forward? Seems like workers today will need very sturdy legs for the broad shoulders they're going to need to support (deserving of course...) baby-boomers like me.

The other problem with immigration is the business of who immigrates. If you let in a lot of people who rapidly have lots of children and then themselves live on the dole, or who do jobs but evade tax, you are worse off, not better off.

You need some mathematics to work out the solutions here. Frobenius matrix theory comes in handy, and an understanding of eigenvalues and eigenvectors. Demographers know it all as Leslie matrix theory. By tinkering with birth rates you can aim towards a stable population and age structure. The age pyramid will probably look more like Canary Wharf than the Shard.

With a little more tweaking, you might be able to design a slowly falling population that avoided having too large an old age dependency ratio.

The odd thing is, no-one seems to have panicked too much about some very high child dependency ratios: quite a few countries have recently had populations over half of whom were under 15.

Perhaps the real fear stems from the undermining of family ties so fashionable in the UK. Honour thy father and thy mother? So last century, tied to old religious dogma! The thing is, these Old Testament values seem to have real Darwinian survival value, whatever your beliefs.

Of course, death rates matter too. Perhaps we should encourage more smoking?

The elderly are not so decrepit nowadays. My mother puts my wife to shame with her mountain goat fitness. Further, the middle class has grown massively in Europe since the war. Much wealth is concentrated in old hands. There is no reason to suppose the worst case outcome will be what we get.

The fastest growing economy in the last decade has a forced demographic profile. Where are the triads smuggling Britons into China?

Our biggest problem is that large family size is often congruent with bad parenting. in a technologically advanced society like ours, a big pool of labourers is not the commodity it once was.

I see this everyday, men in the late 40s and 50s struggling with heavy building jobs where once they left the heavy lifting to the younger bucks, who are now too expensive to employ.

The idea we will have an elderly efficient workforce is fanciful

With the UK supporting 6 million of its citizens on assorted benefits why the need for more immigration yet ?

In any case why should immigration involve anything other than qualified and skilled people ?

A very interesting article, Alice.
Please take, also in consideration, that the survival expectancy, currently women early 80s men late 70s for the UK is likely to fall due to the overall higher incidence of smokers, cancers and obesity. You can argue that there will be less pensions to pay....but more medical care to support? I feel deep down that Europe will cease to be a "white christian" continent by the force of the facts and there's nothing it can be done. Or can there?
Regards

Well, aitor2, people will probably flee to an independent Scotland, serving the function that Wales and Brittany had last time. Remember that technological and social backwardness introduced by unwelcome immigration can be recovered from in only, oh, 1300 years or so.

"If Europe would open its doors to unrestricted migration, would the flows materialize?"

They would, but it's the wrong question.

The correct question is "would the immigrant workers be as peaceful, as hardworking, as law-abiding, and as productive as the natives?"

The answer to that is left as an exercise for the reader.