Barclay's gets a downgrade 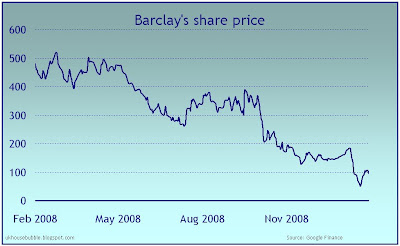 Poor old Barclays. It tries its best to avoid the clammy hand of nationalization. However, no one believes it can survive as an independent privately owned bank.

Today, Moody's downgraded the bank. The rating agency expects further losses due to writedowns in the UK market. It also anticipates that Barclays will lose the battle, and will eventually succumb to nationalization.

Remember when Barclays was Boorclays?