Demographics will kill the housing market 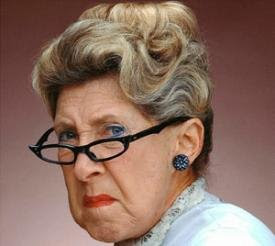 It is extraordinary what rubbish building societies put out to convince us that the UK bubble will go on forever. Today, the Alliance and Leicester put out a report claiming that increasing life expectancy will keep the market buoyant. "Families will move more often to cope with adult children remaining at home as well as dependent elderly relatives."

The report suggests that "changing demographics and social attitudes will inevitably have an effect on the housing market in the future. For example, the number of times that people move in their lifetime, or the increase or decrease in the type of household they live in. These trends are predicted to change dramatically in the next 20 years.'

The A&L’s Changing UK Household Market report, undertaken in conjunction with the bogus Centre for Future Studies, claims that as the population is living longer, people are "spending more time at certain life stages and living in more houses than ever before."

We are being asked to believe that by 2026, the overall number of households will increase as a result of changes in the make-up of the housing market, with more people living on their own and an increase in lone-parent households as divorce rates continue to rise.

Here is a one-word refutation of this rubbish - pensions. Most UK citizens have made totally inadequate financial provision for retirement. Once the current 50-somethings reach 65, they have little or no income. They will have only two sources of income; a meager state pension and their house. So, by 2026, millions of penniless old codgers will be staggering down to the estate agents hoping to sell their overpriced homes they bought in 2007.

I will give you a second one-word refutation - fertility. UK fertility rates are around 1.6 children per woman, significantly below 2.1 needed stabilize the population. Fertility rates are declining as fewer woman have children and as the population ages. With ten or so years, the UK population will rapidly start to shrink. It would be shrinking today, were it not for record levels of immigration. The demographics implied by current fertility rates points to an unprecedented reduction on housing demand.

From over the pond,