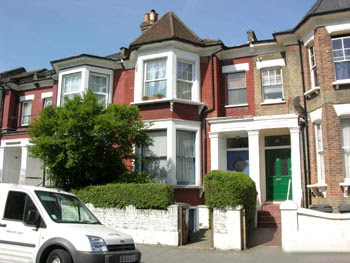 The UK house bubble has entered its final spasm of speculation. Estate agents are turning to old trick to generate panic buying - the open house. Rather than the old individual viewing, estate agents are arranging mass showings. The hope is that when other buyers see the numbers rival buyers, prices will be pushed higher.

The tactic was highlighted in the Guardian newspaper. One unfortunate buyer complained 'We only discovered this was the situation when we found our estate agent waiting at the door to tick us off on a long list of other names. We walked into this tiny flat and found 10 other couples already there. We were all tripping over each other. We had to queue to get into the bedroom. There was gridlock in the corridors"

However, the open house sales technique can have some unintended consequences. In the US, many of the so-called potential buyers often turn out to be local neighbours who are often just curious about what the other houses on the street look like inside.

So, this weekend, estate agents will be encouraging the speculative frenzy with this seemingly high pressure sales technique. No doubt, some people will be stupid enough to be taken in by this misleading, and frankly nasty way of selling houses. However, things turn. The open house sales technique is a double edged sword.