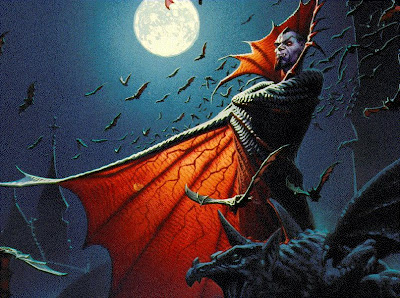 Like a stake driven through the heart of a vampire, interest rate hikes kill housing bubbles. However, raising rates is a nasty business. Businesses find it hard to investment; governments find it more difficult to service their debt and mortgages become more expensive. Central banks become very unpopular very quickly, and since everyone, including central banks, want to be loved, there is a natural reluctance to push rates higher. Interest rates only rise when central banks are cornered.

Today, the Bank of England is begining to feel the walls drawing closer. Inflation continues to increase despite recent timid attempts to restrain prices. In February, the CPI was 2.8 percent, up from 2.7 percent a month before. Inflation remains stubbornly above the Bank’s 2 percent target. Moreover, it is creeping dangerously close to the 3 percent threshold when governor Mervyn King has to write a humiliating letter to the government explaining why it has happened. The Bank received even worse news regarding the retail price index, which includes housing costs. That index rose to almost 5 percent, prompting fears of an inflationary wage spiral.

Now the Bank of England will feel obliged to act. However, the inflationary beast is stronger than it was a year ago. The Bank of England made the classic mistake that all central banks make; they delayed the hike, and opted for short-term popularity. A more robust response a year ago would have cut inflation off before it had gained momentum. It would have also held back the housing bubble. Now, harsher, more painful course of action is required.

The bank is sharpening the stake. The intended victim is inflation, but the bubble will be killed off first.

Replacing council tax with a property tax (with a massive discount to principal private residence - for UK domiciled taxpayers) would have avoided the need to raise interest rates for the rest of the economy. [Incidentally, taxing non-domiciles on their property would be more efficient than half thought through £30,000 levies on non-domicilesmade in response to Opposition bright ideas].

Inflation is caused by too much money chasing too few goods. Raising interest rates is too blunt and indiscriminate an action.